“FOUNDATIONS FOR THE FUTURE”, SIGNS OF GREAT CHANGE AT THE LANDINI WORLD CONVENTION 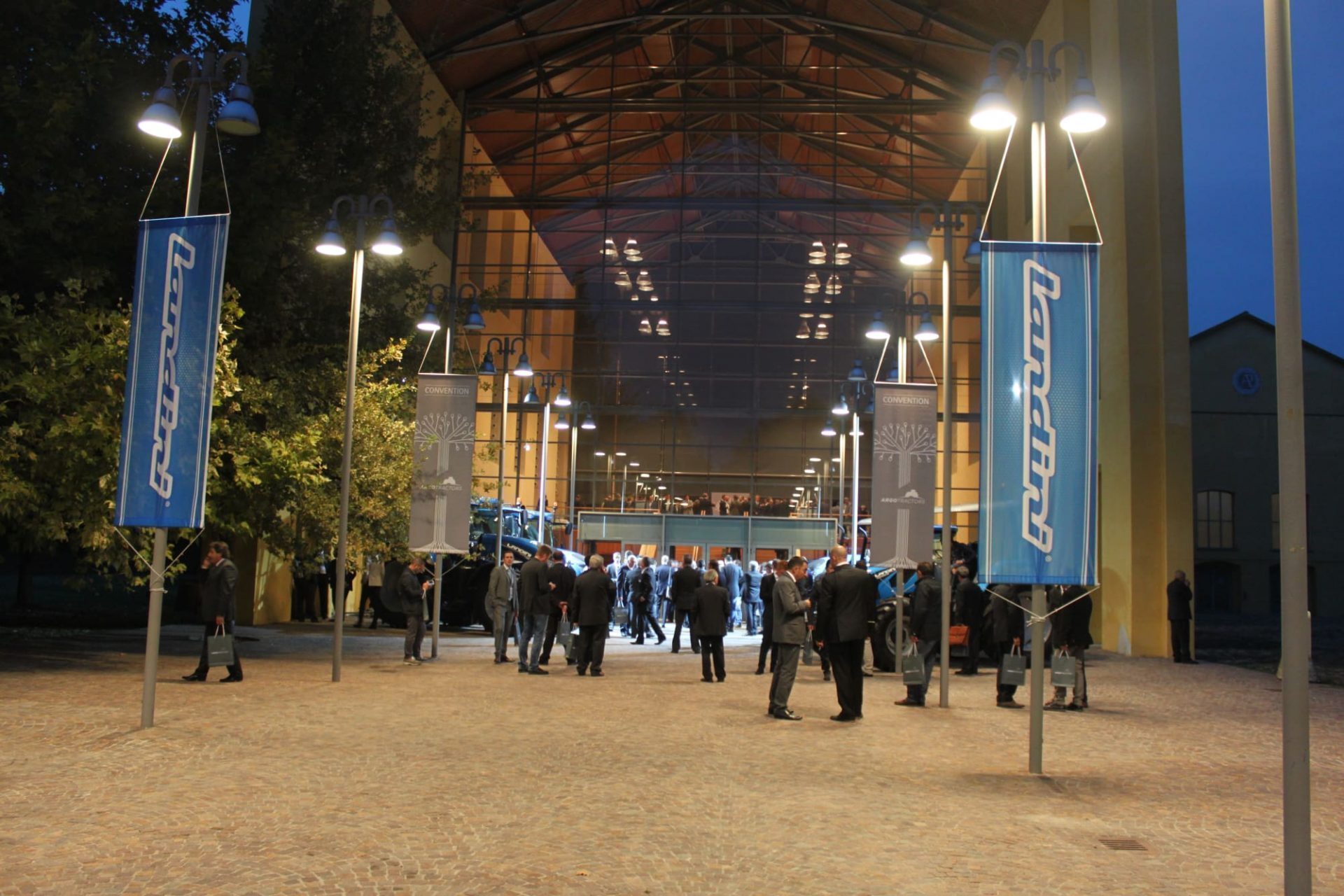 A determined desire for change and innovation in an ever changing market.
This was the strong purposeful message that emerged from the Landini World Convention held on 3rd and 4th October. This unique event brought over 300 sales managers from over 40 different countries to Parma’s Auditorium Paganini, this magnificent setting had also hosted the previous day a hundred-or-so journalists from the international machinery magazines.

Bearing the slogan “Foundations for the future”, the Convention was opened by Chairman Valerio Morra who outlined the topics for the meeting as well as hinting at the brand innovations to be presented at Agritechnica in November as well as the future product developments.

There is a lot happening during the coming months with the Landini tractor offering, especially the new 4 Series, which takes over from the Alpine and Technofarm series, and the 6C Series, Powermondial’s successor. The high range will include three engine ratings (up to 175 HP) 4 cylinder 6 SERIES and a new 7 SERIES, the latter was unveiled during the conference and on show outside the Auditorium in an eye-catching metallic light-blue paint finish.

Among the presentations, Simeone Morra, Corporate Business Manager, focused on the plans and opportunities in the market place and how different Landini products have been successful in the global markets.
Mario Danieli, Sales Manager for Italy, dealt with dealership development issues, while Giorgio Guaitoli, Parts Manager of the Argo Group, described how the Parts Service is being optimized and Service Manager Franco Paterlini presented the new training and after-sales service plans.

Important innovations as to organization and products, ones that underscored Landini’s brand philosophy decidedly founded on tractor production and targeted on consolidating and developing a market based on quality and innovation. “We are specialists and intend to remain as such by monitoring the development of our products and network with the utmost dedication”, affirmed Alberto Morra, Board member, underscoring how this family-run business is not just open to change, but also to communication and a desire to share the strategies with the sales network, customers and representatives from the specialized press.

The Convention program also included visits to the Fabbrico and San Martino in Rio plants for both the sales network and representatives from the specialized press. Factories where, as Paolo Fracassini – Supply Chain Manager – illustrated, the industrial process have benefited by the “Kaizen” project, which advocates simplified organization and teaches how to spot and eliminate waste in the whole business process.

This was followed by field trials at “La Gatta”, a farm close to Fabbrico plant. Here the guests were able to take the new 6 and 7 Series and the 5H and 5D Series tractors on trial runs, with the chance of driving with a variety of implements and a simulated road run hauling a tanker.

A nice touch was seeing some of the early Landini built models on display along with the Italian Tractor pulling unit “Landini di Argo Team”.

Argo Tractors, with its headquarters in Fabbrico (Reggio Emilia), manufactures tractors under the Landini, McCormick and Valpadana brands and belongs to the Argo Industrial Group. Argo Tractors SpA has tripled its production volumes in little more than 10 years, with a remarkable growth in concrete results: the group turnover amounts to 500 million Euros. The enterprise numbers 1,600 employees and has 4 manufacturing plants, 8 business branches in various parts of the world, 130 overseas importers and 2,500 dealers. Statistics that have allowed the Landini, McCormick and Valpadana brands to achieve a significant standing in the domestic tractor market and to represent one of the most important international players, thus confirming the value of a successful group strategy.