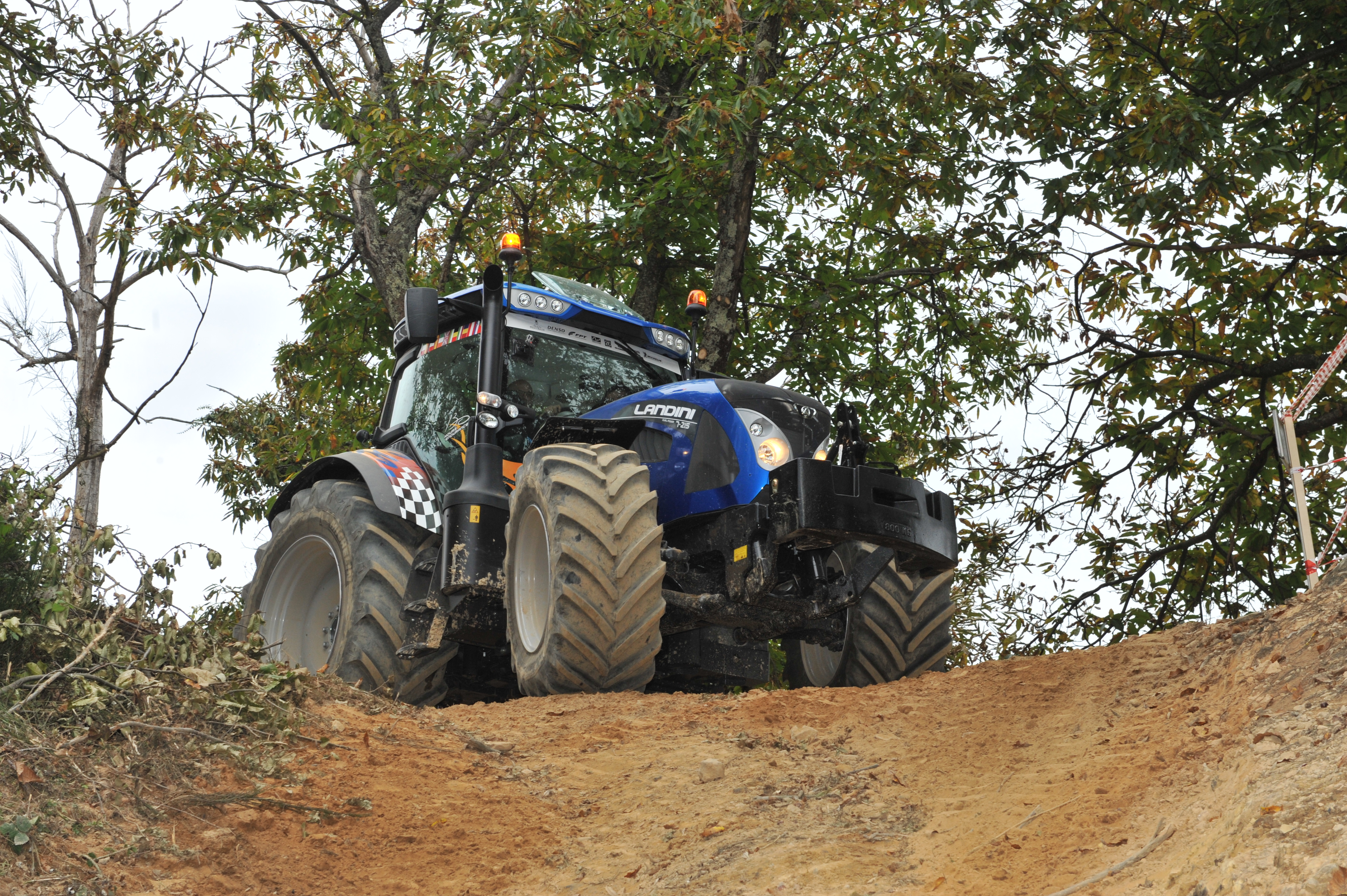 The brand’s pay-off “Passion for Innovation” encapsulates the two fundamental elements of our DNA perfectly: passion, resulting from the company’s rich history, together with a constant focus oninnovation in the development of products and services.

Discovering the details of this long history means retracing our steps from the agricultural revolution to the present day.

Ever since Giovanni Landini founded the eponymous company in Fabbrico (RE) back in 1884, with the aim of producing oenological machinery, which would later be expanded to steam boilers, internal combustion engines and locomotives for driving threshing machines, pumps, mills and crushers, our contribution to innovation has been constant and decisive.

In 1910, inspired by the 1900 Paris World’s Fair, Landini got the inspiration he needed to bring his dream to life and built the first fixed hot bulb engine in history.
The first applications of the engine were in the agricultural sector for threshing operations and water pumping.

Despite the difficulties caused by the First World War, Giovanni Landini put a lot of effort into his work, with the aim of being able to use the full power of the engine to pull agricultural implements, especially the plough.

And so it was that in 1925 the first real tractor for agricultural use was designed in Fabbrico, capable of harnessing the power of its engine and being self-propelled. We are talking about the historic Landini 25/30 HP, the structure of which represents the prototype of today’s tractors.

This model was followed in the mid-1930s by a full range of 40 and 50 HP tractors, in particular

Historical milestones: the 50s and 70s

From that moment on, the Fabbrico plant became the most important production centre for agricultural tractors in Italy.

In 1956 the Landinetta, an orchard tractor, was officially presented and the Landini-Perkins Engines agreement was signed for the production of British diesel engines in Italy.

In 1959, Landini became part of the Canadian multinational Massey Ferguson and in the same year, the first C35 crawler tractor was built, the forerunner of a tradition in which Landini is still today the market leader.

Another important innovation pioneered by Landini was the creation of the Serie “Large” (1977), the first European tractor with power over 100 HP, four-wheel drive (4wd) and a driving position on a suspended platform.

It is precisely this kind of product specialisation that quickly led to Landini acquiring a leading position in this sector, now recognised worldwide.

Historical milestones: the 80s and 90s

The years that followed were particularly eventful for the tractor manufacturer, first and foremost in 1994, when the Morra family, through the Argo Spa financial company, became the company’s controlling shareholder, launching a major recapitalisation plan and an industrial and distribution relaunch programme.

Immediately during the first year of the new company Landini recorded a 30% increase in tractor sales compared to the previous year. This record was consolidated in the following years and production volumes were almost three times higher than in 1993.

The strategic approach adopted by the new owners led Landini to make several significant investments in the following years, including the radical renewal of the product line above 100 HP.
There are also important and historic changes in production structures.

First and foremost, the construction of a new assembly line to cope with the growing demand for high-power tractors,

1997 saw the launch of the Legend II range in the Top and Techno versions and the Globus range.

In 1998 the company embarked on a Corporate Identity programme characterised not only by the development of a new company logo, but above all by new colour choices and a new family feeling for tractor bodies.

In the same year production begins on the Mistral range, which marks Landini’s entry into the hugely important compact tractor segment.

In 1999 this strong hi-tech spirit led to the introduction of the “Deltasix” transmission for Landini’s 6-cylinder tractors. Then came the “Deltashift” gearbox for machines over 100 HP, as well as orchard machines. 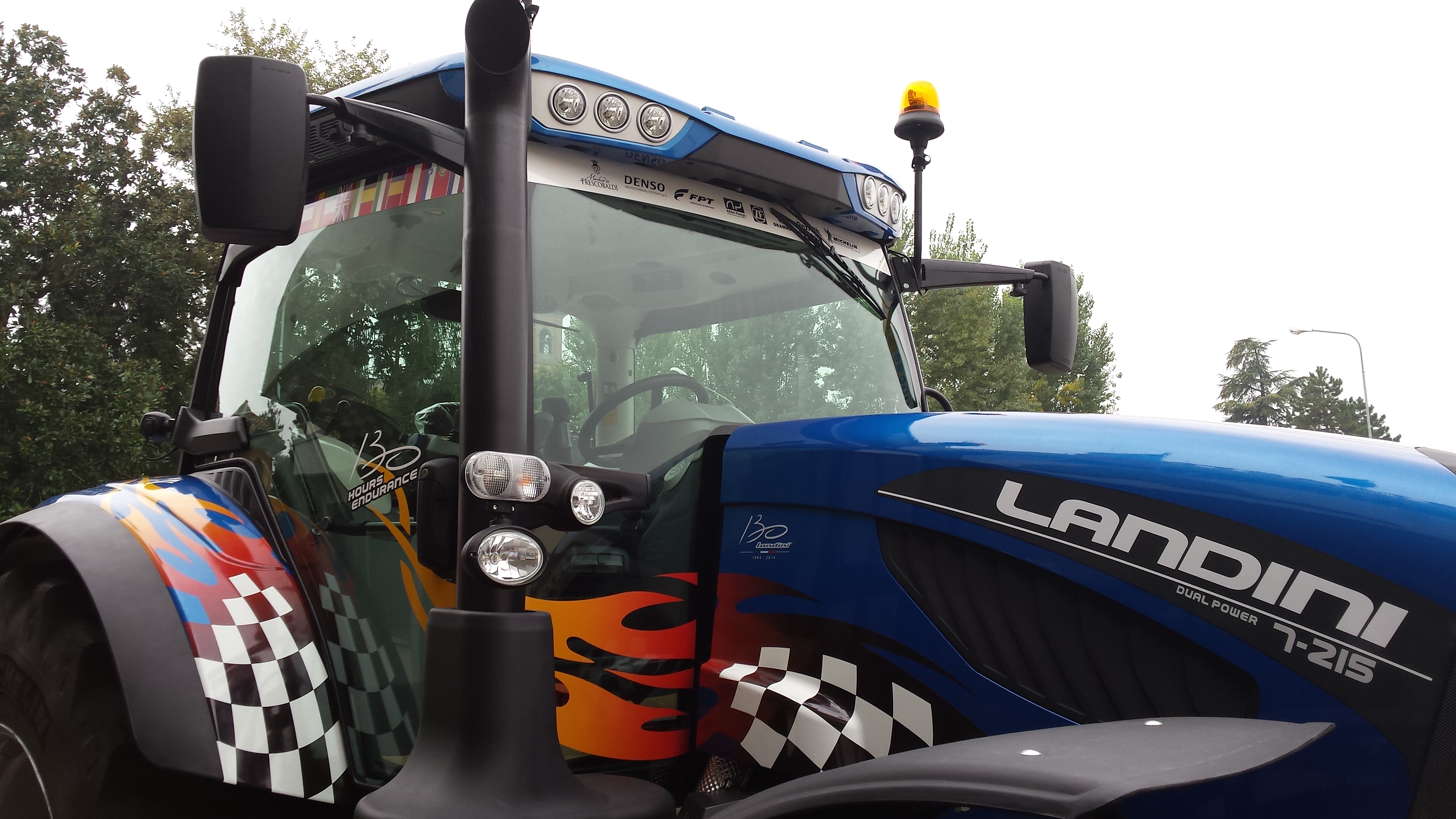 In order to further strengthen its competitive position in all international markets, in 2000 Landini began a process of renewal of all its ranges of tractors between 50 and 100 horsepower. Hence, guaranteeing the market one of the most articulated product ranges in the sector today.

In 2014, Landini celebrates its first 130 years. A special event is organised to mark the occasion, during which one of the first examples of the new generation of high-horsepower tractors, a Serie 7, is showcased, specially customised for the occasion.

Would you like to know more? Read the dedicated articles:

In 2020 Landini launches the new Serie 7 with Stage V engines and an entirely new design. 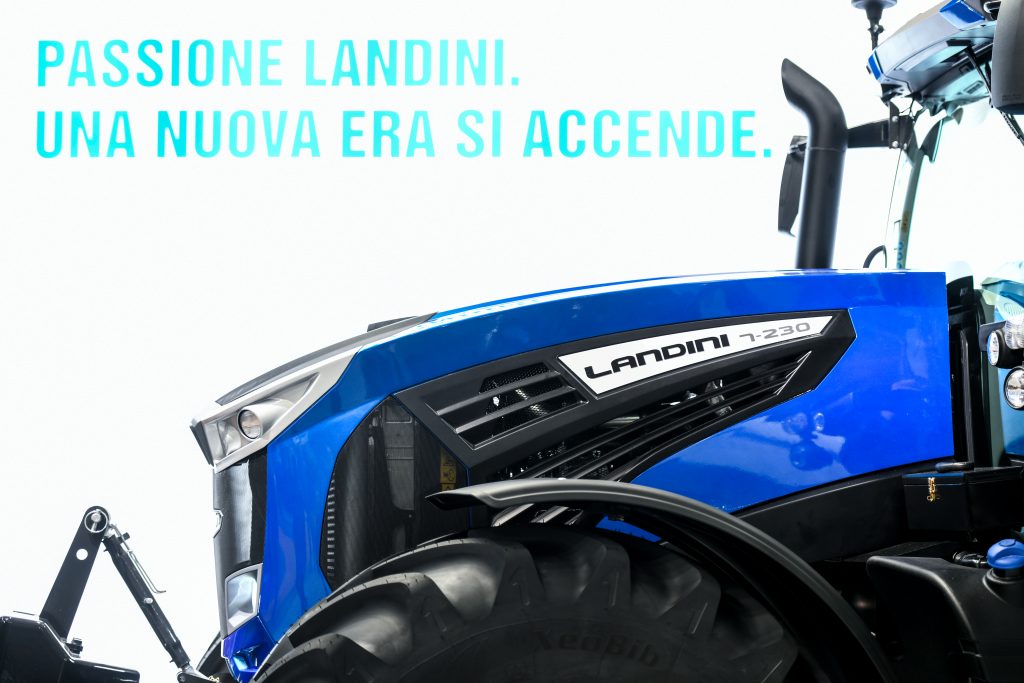 Landini today: a brand projected into the future

A strong spirit of innovation, a sure eye on the future and a solid tradition – these have always been the cornerstones of Landini’s history.
The drive for innovation is a factor that has always accompanied us since our inception and will continue to do so. Research and development, experimentation and technology are now the keys that allow us to meet the increasingly specific needs of those who choose our brand.

Our aim is to work with perseverance and passion to build an increasingly comprehensive range of high quality and stylish products to cater for all areas of agriculture. 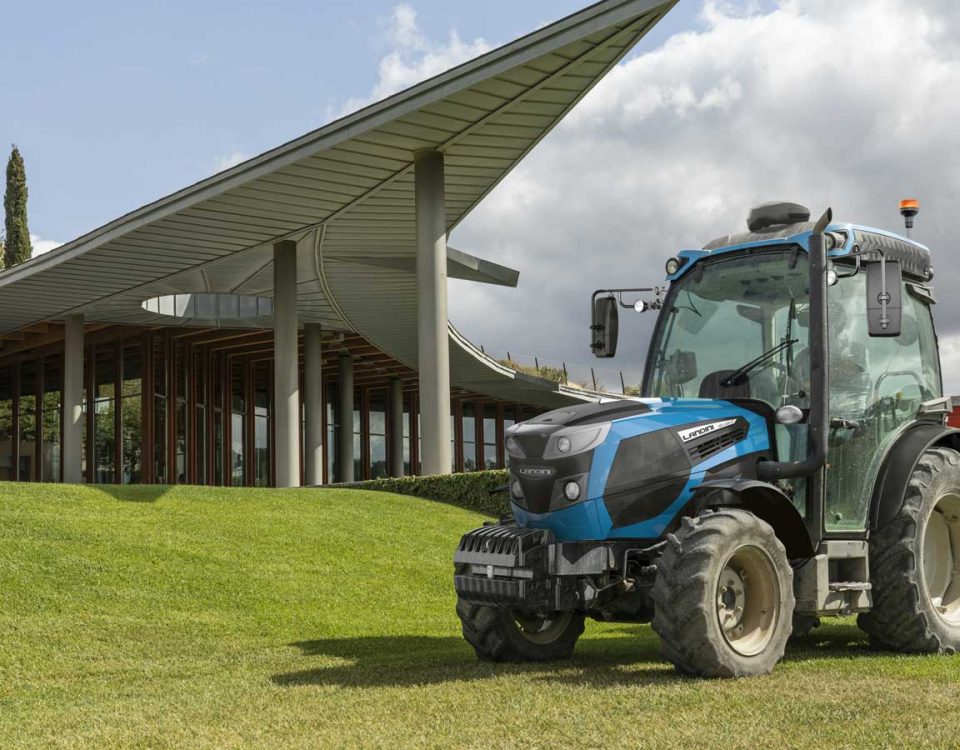 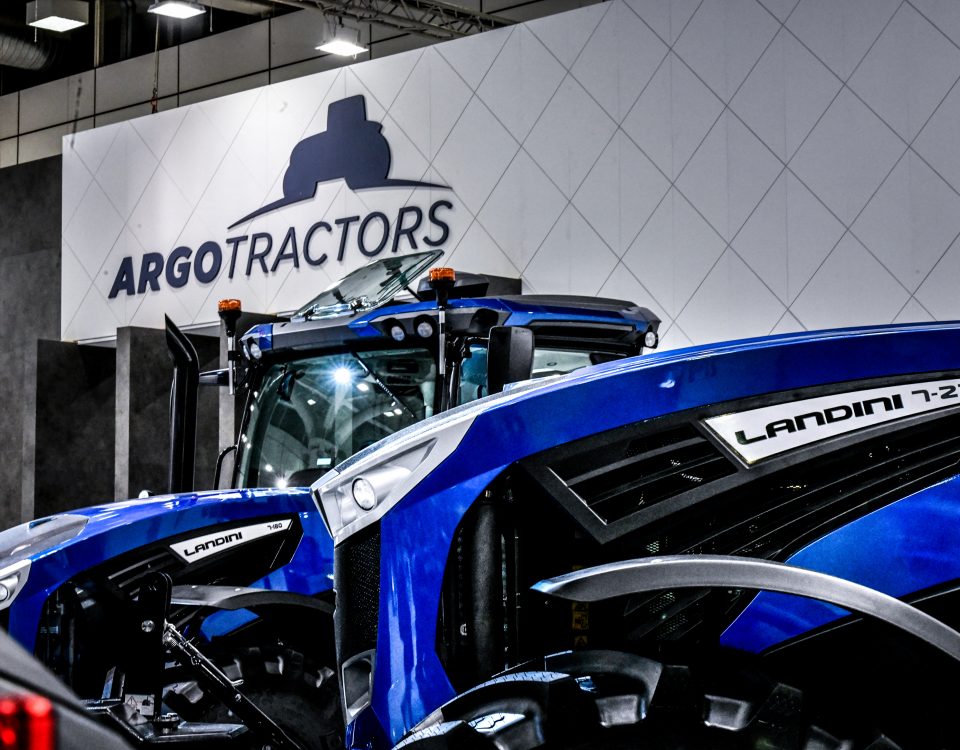 Landini Design: Made in Italy combining performance and style 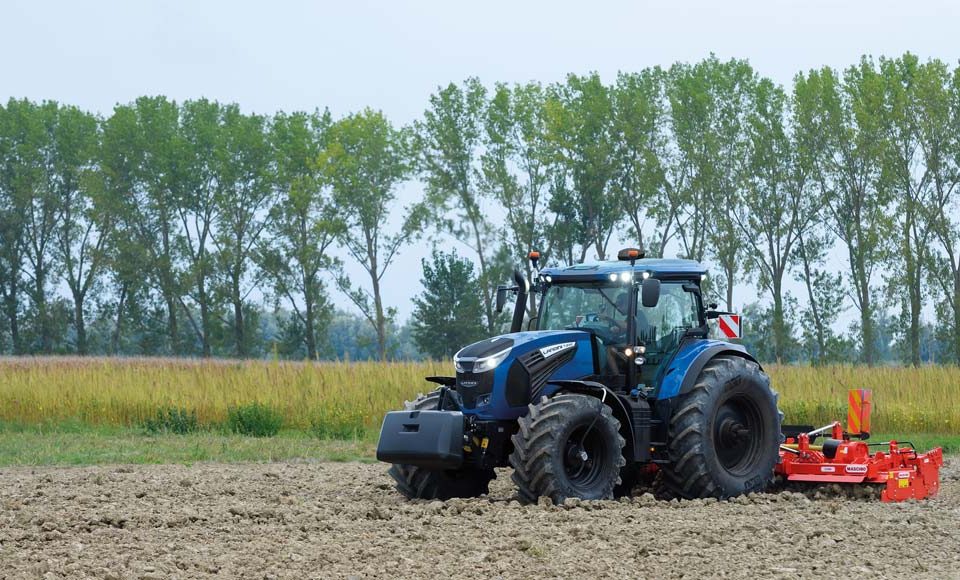