There are three models in the all-new Landini Rex 3 Series, all powered by Kohler diesel engines giving 55hp, 65hp and 75hp outputs.

A new Landini compact tractor - the Rex 3 Series - has been introduced with high power outputs and heavy-duty build for its size enabling it to undertake serious work in confined spaces.

Adrian Winnett, managing director of Argo Tractors operations in the UK and Ireland, said: “This is a welcome addition to the Landini tractor range that very effectively bridges the gap between the lighter 2 Series and the bigger, more powerful Rex 4 Series, which is one of Britain’s most popular fruit and narrow specialist crop tractors.”

Landini Rex 3 is an all-new addition to the Landini range designed primarily for work in orchards, vineyards, polytunnels and other horticultural situations.

With an overall length of 3.46m and a minimum width of 1.36m, the Landini Rex 3 Series tractors are similar in size to the 44hp to 51hp 2 Series compacts, which are a favourite among soft- and top-fruit growers for towing harvest trailer trains, spraying and other light duties.

But Steve Cann, Landini area sales manager, whose dealers Horsepower UK in Kent and Richard Tooby Farm Services in Herefordshire specialise in tractors for the fruit sector, points out that the new tractor is a much heavier-duty machine.

“It’s seriously chunky, with stronger axles and a cast bolster where a 1000kg front linkage and pto assembly will be available,” he says.

“The heavier backend and overall build make the tractor capable of handling implements like a flail mulcher, weeding and cultivation machinery, and other implements needing more power and lift capacity.”

A longer wheelbase and Category 2 rear three-point linkage with almost twice the lift capacity at 2300kg also help in that respect, as does the 50-litre/min open centre hydraulics system, which is supplemented by a 28-litre/min gear pump dedicated to steering. 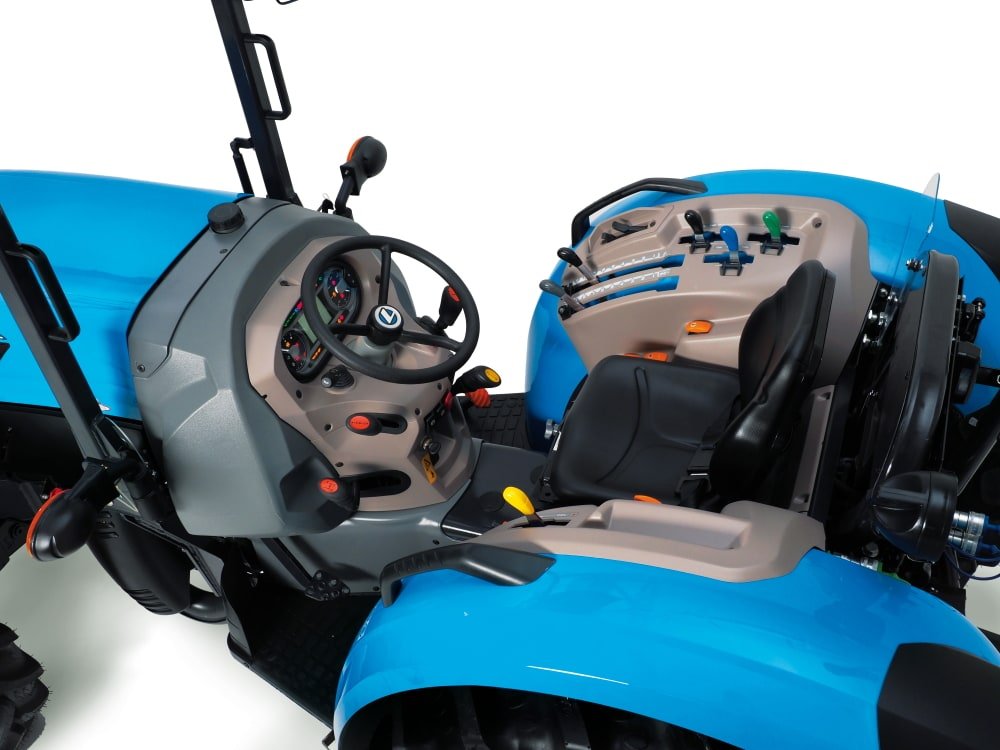 The neat operator station of the Landini Rex 3 Series tractors.

Up to three remote hydraulic valves are available to operate rear and front-mounted equipment or a loader, and hydraulic adjustment of the right-hand lift arm and top link can be added for easier coupling and fine-tuning of implement set-up.

For pto-driven equipment, the new Rex 3 Series tractors provide either single- or two-speed configurations with ‘power’ and ‘economy’ settings to suit different implements.

Operators get to work on an open platform with ROPS roll-over protection or in an optional low-profile cab with heating, ventilation and air conditioning available. 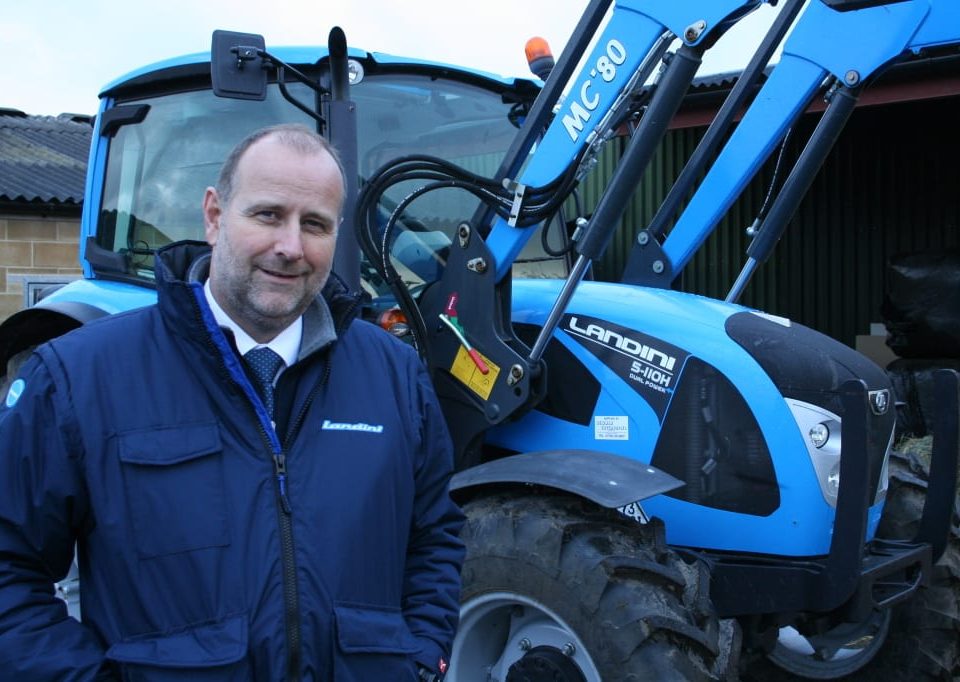 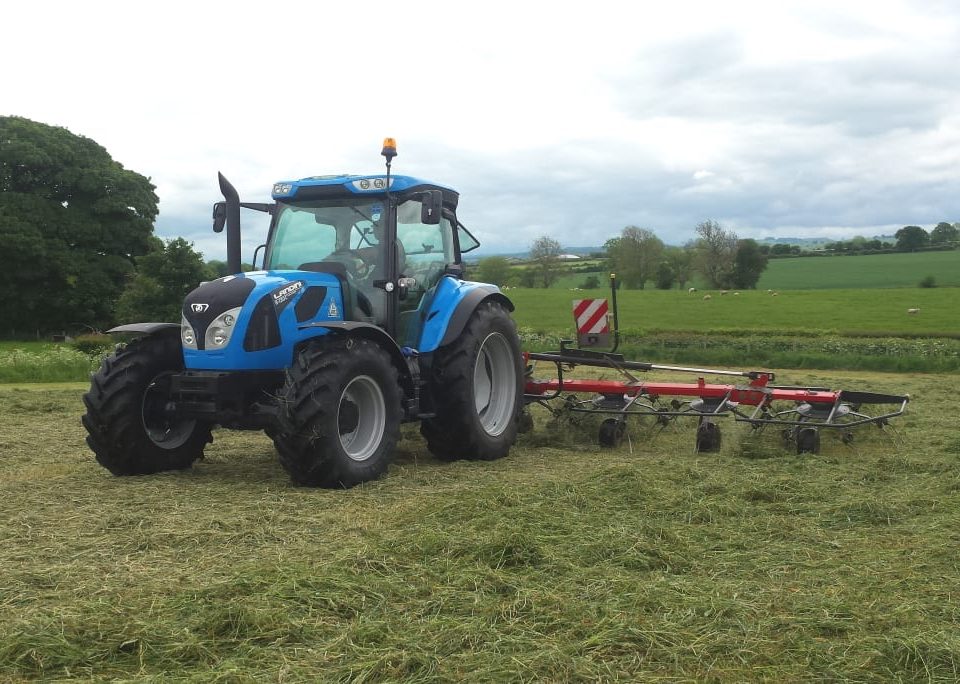 The new Landini 5 HC tractors stand on the same-size wheels all round with tyres up to 11.2R44 providing up to 695mm (27½in) of under-axle clearance.