Landini tractors will be exhibited for the first time by the UK & Ireland distribution business of manufacturer Argo Tractors at the FTMTA Farm Machinery Show on February 7-9th at Punchestown Event Centre, Naas, Co Kildare.

Sales and support provision for Landini products in Ireland was reorganised 18 months ago by mutual agreement with the independent importer.

The appointment of Will Doyle as national sales manager dedicated to the Irish market, increased activity at key events to raise the profile of the popular Landini brand, and initiatives to forge a closer relationship with dealers in Ireland have all paid off with a consistent market share.

“We’ve worked hard to reassure our dealers that the change in distribution is for the better and I believe we’ve proved that in the way we operate, especially with regard to streamlining ordering and other processes,” says Will Doyle.

“Dealers have responded by taking on more stock and we’ve seen good results in terms of retail sales; Landini is still a well-regarded make of tractor in Ireland with a deserved reputation for reliability, as well as for performance, and response to our Tier 4 model demonstrations has been very positive.” 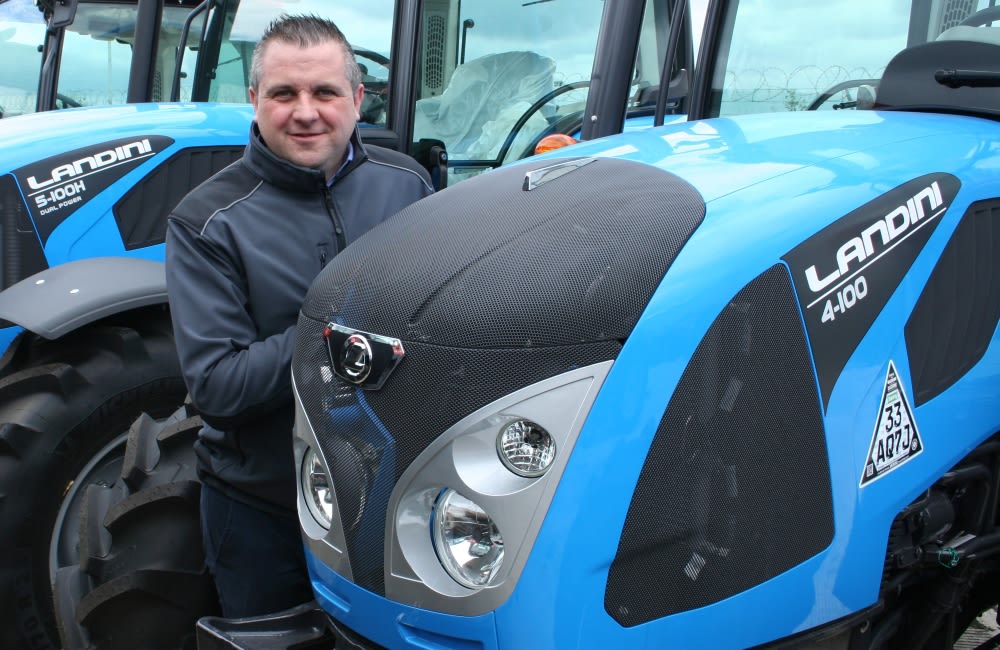 The Landini exhibit at the FTMTA Farm Machinery Show marks the debut appearance in Ireland of the flagship model in a newly expanded Landini 7 Series line-up.

The Landini 7-230 Robo-Six is a heavy-duty six-cylinder tractor with a 6.7-litre engine from FPT Industrial – successor to the Iveco engines business – mounted in a cast chassis. Unlike tractors using the engine as part of the structure, the 7 Series power unit is isolated from the stresses and strains of demanding field work.

Power outputs of 206hp for draft work, such as ploughing, cultivating and drilling, and 225hp for working a pto-driven power harrow or tiller, or hauling trailers, tankers and spreaders, are backed up by generous peak torque outputs of 850Nm and 897Nm, respectively.

The Dynamic version of this tractor at the FTMTA event has a 54×27 speed creep version of the new Robo-Six transmission, providing excellent speed control versatility through six powershift steps within each of five ranges. 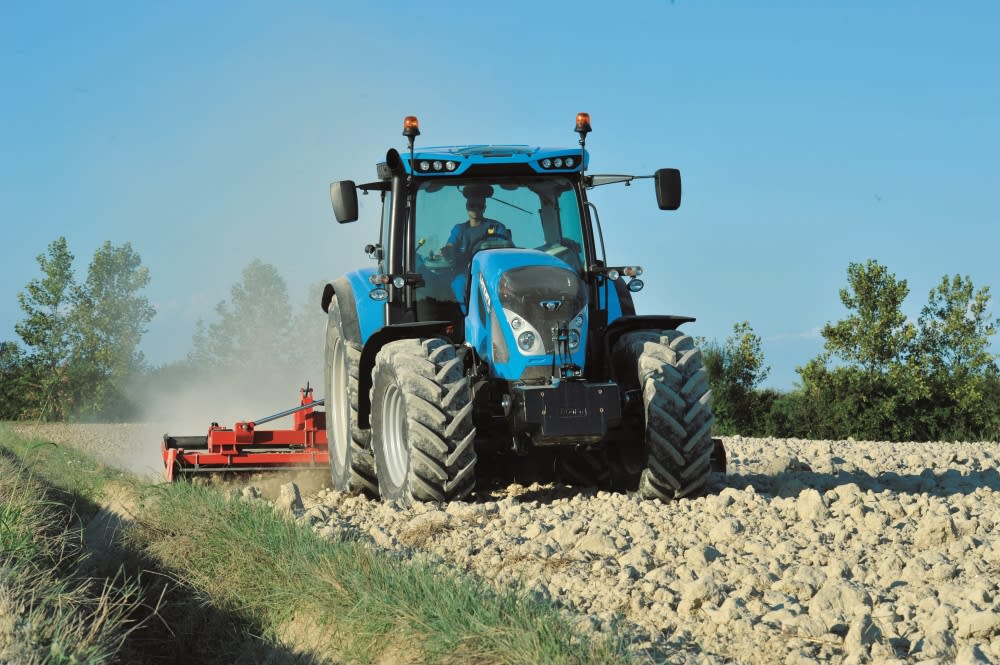 In-field and on-road auto shifting can be triggered for an easier, more productive drive, or the transmission can be operated manually using a multi-function controller on the seat-mounted console.

Topcon guidance and other precision farming functions are available using a choice of dedicated displays, and buyers can add a 12in touch-screen terminal with optional ISOBUS implement control to set up various transmission, electronic and hydraulic functions.

These include flow rate and timing adjustments for the electric spool valves – four are fitted as standard, five are optional, plus another two when front linkage is added.

Together with the 9.3-tonne capacity rear linkage, the spool valves are supplied by a choice of 123- or new 160-litre/min variable flow piston pumps.

The simpler Active specification available with all Landini 7 Series Robo-Six tractors will be illustrated at the machinery show by the 7-160 Robo-Six, which has 151hp automatically boosting to 165hp for road travel and when operating pto-driven mobile equipment.

As standard, it comes with a 30×15 version of the Robo-Six transmission with powershuttle and six-step powershift, and creep gears are optional. 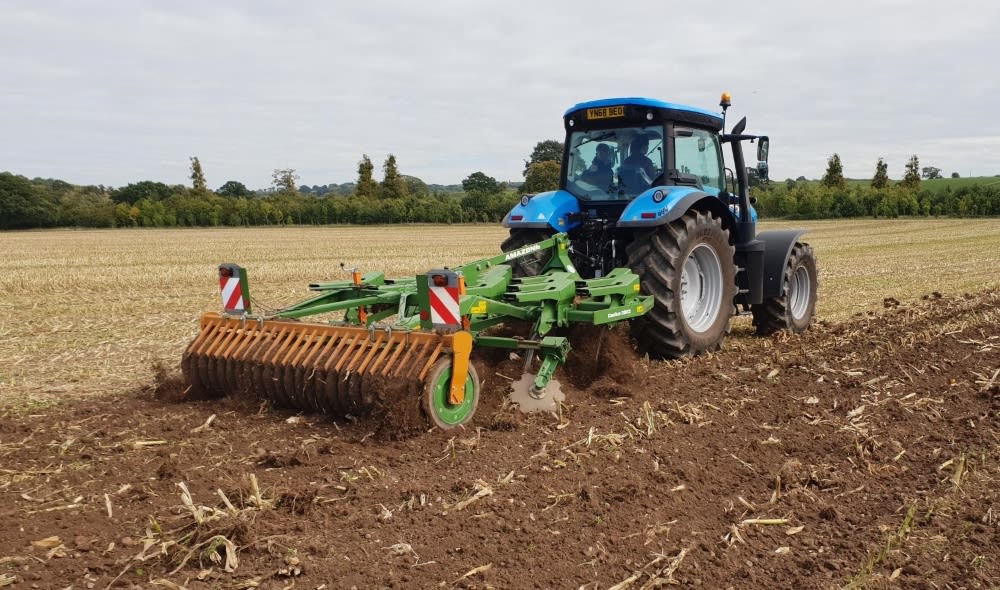 “This is an advanced tractor but one that’s easy to operate, especially in Active specification with manual spool valves and not too many electronic features,” says Will Doyle.

“It’s the ideal tractor of this size and power for anyone to hop on and drive without much instruction; and it’s also attractive for operators in having a spacious cab with great all-round visibility.”

He adds that farms will find the 7-160 Robo-Six an attractive solution when looking to shift up from a four-cylinder tractor to get the power, weight and longer wheelbase needed to handle larger slurry tankers and muck spreaders.

The latest version of the Landini 6-C Series tractors will be represented by the 6-135C, which has 121hp for draft work and up to 133hp for transport and pto implements, making it the middle of three models in the 114-140hp line-up.

The powershift version provides 36 forward and 21 reverse speeds, plus optional creep speeds for added versatility, and comes in a ‘base’ specification with 66-litre/min gear pump hydraulics and an ‘LS’ version with a 110-litre/min variable output piston pump, which enables the tractors to have front axle and cab suspension.

Both have the typical Landini set-up of a separate pump dedicated to steering and clutch packs for the pto and four-wheel drive; it’s a 33-litre/min unit in this case.

The higher-spec set-up is also used for V-Shift versions with Argo Tractors’ own stepless transmission, and these have the additional choice of electric rather than mechanical spool valves with in-cab flow and timer settings.

“The Landini 6-C Series is a popular tractor, being a handy size for yard and loader work but with the substance for serious field work,” says Will Doyle. 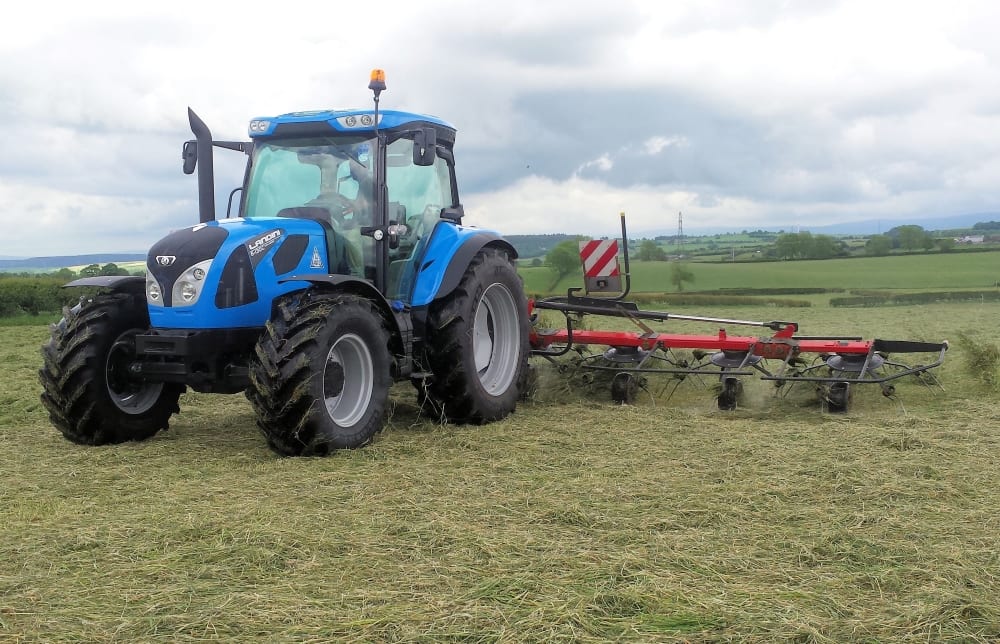