Another candidate for yard scraping duties has been added to the Landini tractor range as distributor AgriArgo UK covers all bases for this daily task on dairy farms.

With the compact 2 Series, new 4-075D cabless model and open or cabbed 4-075C tractors, the Landini range provides a three-way choice of simple-spec machines to suit different circumstances.
“Any dairy farmer looking at the Landini range for their next scraper tractor is certainly not short of options,” says Ray Spinks, general manager and sales director at distributor AgriArgo UK. “The choice will be influenced by different yard and building layouts and whether the tractor will predominantly work outside or under cover – either way, we like to give them every option.”

The new-look Landini 2 Series – which has replaced the popular Mistral – comes with three power outputs of 43hp, 47hp and 54hp from Yanmar four-cylinder engines driving through a 12×12 or 16×16 creep transmission with synchro shuttle and four-wheel drive.

The diminutive size of the 2-045, 2-050 and 2-060 models – as little as 1.3m wide on a 1.76m wheelbase – means they can whistle in and out of cubicle buildings with ease and be steered precisely along passages thanks to the lack of hardware blocking the driver’s view.

However, if something a little more substantial is called for – to handle a sand dispenser or other rear-mounted implement, for example – then the new Landini 4-075D is another solution, available in two- and four-wheel drive forms.

This model has been selected from a new range of utility tractors – the 4-D Series – developed by Landini manufacturer Argo Tractors primarily for markets where a basic tractor is the norm.
But sitting on a 2.1m wheelbase and axles that can get the tractor down to no more than 1.67m wide overall make it a good scraper option for dairy farms.
The 4-075D also has 12×12 and 16×16 creep gearbox configurations but from a bigger, more robust Argo transmission, operated by a forward-reverse synchro gear lever to the left of the driver and a four-speed gear lever to the right, where a short three-range lever is also located.

Rubber mats cover the footwells, bare metal surrounds the plastic upholstered seat and there are few electrics, so the tractor can be power washed with confidence to shift corrosive slurry deposits.
Low lifetime costs are promised thanks in part to the naturally-aspirated, mechanical fuel injection Perkins 1104D Series engine, which has no add-on emissions equipment.

The same lower-cost power unit is used in the Landini 4-075C, which matches its smaller cousin on wheelbase dimensions but has a broader stance for added stability, with a minimum width of 1.75m.

It also has more advanced driveline features, with a new Hi-Lo two-speed powershift option adding to the tractor’s versatility by providing a shift-under-load 18% increase or decrease in speed.
This new feature is available with the 12×12 base transmission to provide 24×24 speeds or the 16×16 creep transmission to obtain 32×32 speeds. It can be installed when the wet clutch fingertip power shuttle is chosen to replace the dry clutch synchro shuttle.

Electronically modulated hydraulic pto and four-wheel drive clutches are also part of this package, along with a response adjustable transmission clutch.
The 4-075C and its 64-76hp counterparts in the 4C line-up – all available with two- and four-wheel drive – provide more driver comforts, especially when the spacious cab is fitted, and are a good option for a scraper tractor that will also be called on to handle light field and trailer work. 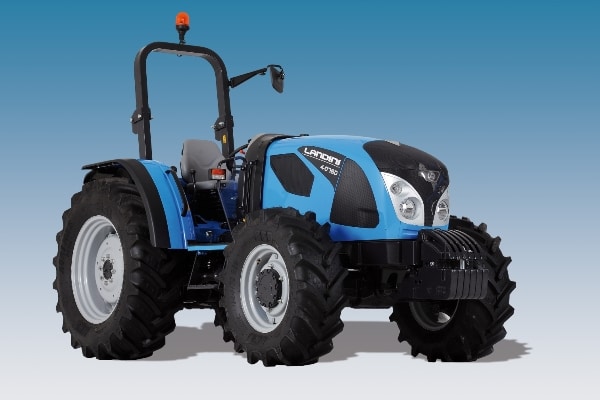 New 74hp Landini 4-075D is about as simple as a utility tractor can get. 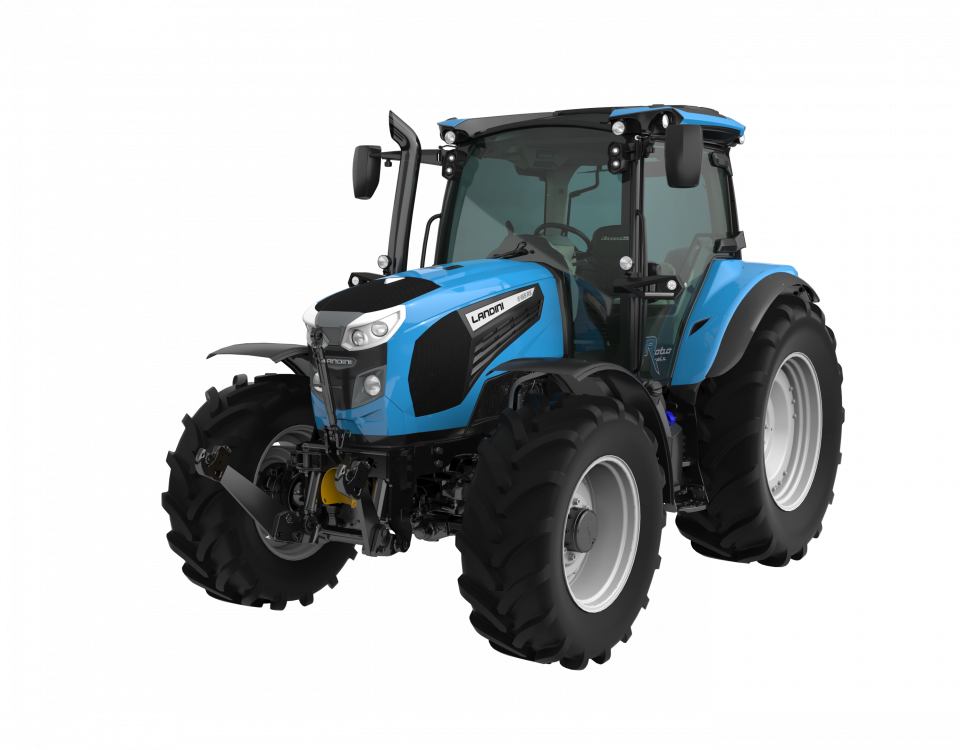