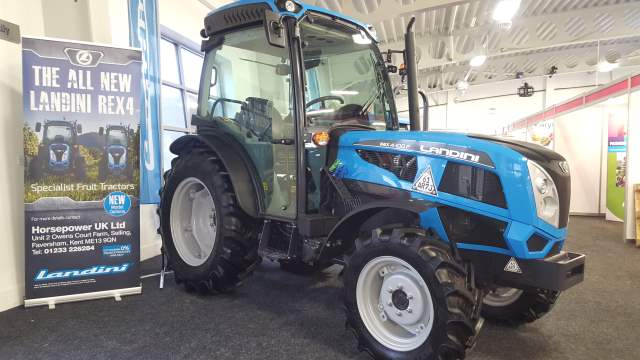 Exhibited by distributor AgriArgo UK & Ireland, and Kent dealer Horsepower UK, the Rex 4-100 F is a 95hp model in the line-up designed as a narrow orchard tractor that can be configured down to 1.3m wide.

There are six other power outputs available from 69-111hp to give growers a choice of performance levels.

New transmissions have three-speed powershift for the first time, enabling operators to quickly change ground speed when towing or working soil-engaging implements without losing momentum or having to use the clutch pedal.

Front axle suspension is another new feature that cushions the front end of the tractor as it passes over humps and hollows, which can help the driven front wheels maintain traction over rough ground while also giving the driver and mounted implements a less jarring ride while in work or travelling between jobs.

Power comes from a new 2.9-litre compact four-cylinder engine providing similar outputs as before but additional torque at the lower end of the range, while the new Eco pto gearing and Eco 40kph transmission options help fuel consumption by lowering engine speeds in work and during transport.

At the same time, larger fuel tanks reduce fill-up frequency, especially with the ‘F’ and ‘GT’ versions as they get almost 40% more fuel capacity at 90-litres. 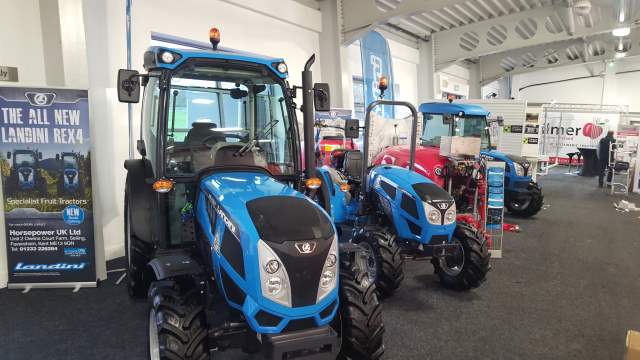