The agricultural sector has been going through various dynamics in recent years that have led to discussions about the future of the sector and how it will evolve in the near future.

We will take an in-depth look at some of the new crops that are gaining ground in recent years and analyse their profitability for farmers.

Agriculture: what is changing and why
What are the new agricultural crops of the future?

Agriculture: what is changing and why

Over the last decade in particular, we have been witnessing an evolution in consumer awareness and the transformation of their needs as well as requirements, especially in the food sector.

All this is leading to a reassessment of the primary objectives of governments and world organisations, like the interest in more sustainable agriculture or changes relating to investments in new crops.

Thus encouraging the rise and development of new alternative crops as well as new agricultural businesses. This is thanks also to the financing provided by the state, such as the funds made available by Ismea or the incentives that the government grants to young and mature farmers.

The innovations and new technologies that have over time affected the sector and transformed it from top to bottom also play a key role in changing the vision of agriculture into a potentially very profitable business.

What are the new agricultural crops of the future?

Agriculture is a sector that is constantly changing and has been going through several transformations due to both the evolution of technology as well as new consumer demands.

Let’s take a closer look at some of the new emerging crops and which are potentially profitable.

The promotion of bamboo production in Italy began around 2014. A highly prized plant, sought after primarily as garden decoration, it has also become popular as a component.

Despite the fact that it is an exotic plant (typical of the tropical zones of the planet), there are about 1200 different species in the world and some of them are also well suited to our Mediterranean climate.

Another characteristic that makes it particularly desirable is its speed of growth, which ensures rapid development and increased resilience. This is due to its ability to retain water and nutrients from the soil.

For some years now, bamboo has been incorporated into another business concept, namely the production of cellulose. Currently, in Italy we have to import bamboo from abroad to meet domestic needs.

Since 2018, we have seen a revival in the use of hemp at an industrial level.

After years of prohibition Law 242 of 2016 restarted the production of the plant by liberalising Hemp Sativa in compliance with regulations.

Hemp is an excellent raw material for many production sectors. Here are a few examples

To date, there are still many unresolved issues and gaps in the legislation that prevent the linear development of a crop that has interesting outlets for use in various areas and for which demand could take off.

When we talk about medicinal herbs we refer to three broad categories.

It is a sector that has become highly profitable in recent years, in conjunction with the growing consumer focus on natural resources and their beneficial properties.

This is how the cultivation of medicinal plants has become a new market opportunity for farmers. There are two main advantages

Ginseng is the mildest coffee substitute, also known as ‘green gold’. It is a crop with a tradition going back thousands of years in China, and – in recent years – it has also become one of the most profitable crops in Europe.

It should be noted that the plant has a very slow growth rate of 6 to 7 years, but the sale of seeds and roots is also a significant source of income.

In this case, it will also be important to thoroughly assess the environment in which the cultivation will take place. This is because ginseng needs a cool, temperate environment with an annual rainfall between 50 and 100 cm.

Truffles are an excellent product on which to build a business, particularly an export enterprise. It is a valuable crop that fetches incredible retail prices but also requires long waiting times due to its slow maturation.

Truffle-growing is one of the most difficult crops and is still at an experimental stage. This is why it is important to carefully examine the environment in which we operate and decide to undertake the activity, beginning by selecting a location where truffles grow wild.

The small fruit market is experiencing unprecedented momentum, and could be an excellent area for farmers to diversify their income and profits.

Berries are particularly popular for fresh consumption, as well as for industrial production related to the preparation of drinks (juice) and food (jam) and also for cosmetic use.

In addition, the retail price of these fruits is generally high and it is a market where there is room for organic and quality production.

On the other hand, it will be labour-intensive and is a market that is very much linked to seasonality and the easy perishability of fresh produce.

Demand for exotic fruits has also surged in recent years, leading many farmers – especially in Mediterranean areas – to invest in the cultivation of fruits of Asian or South American origin such as mango, avocado and papaya.

And finally, dried fruit has a high commercial value and these crops can be cultivated very profitably alongside traditional ones.

The main crops are:

Among the productive activities that are gaining in importance in recent years are those related to bee and snail breeding.

Bearing in mind that every year we export about 4 thousand tons of honey from Italy, we must consider that beekeeping is also linked to other types of products such as propolis, royal jelly and wax.

Snail breeding, on the other hand, is known as heliculture, a sector that has been growing steadily for years.

In addition to the demand linked to specific regional gastronomic traditions, the sector in which this type of product is particularly sought after is cosmetics.

Conclusions
These are just some of the crops that are slowly becoming established within a constantly changing agricultural system.

Consequently, the position of the farmer is changing into that of an agricultural entrepreneur on the lookout for new avenues, constantly listening to identify the changes and communicating more directly with the consumers

Find out Landini Solutions for all the needs of your farm.

THE WHOLE RANGE OF LANDINI TRACTORS 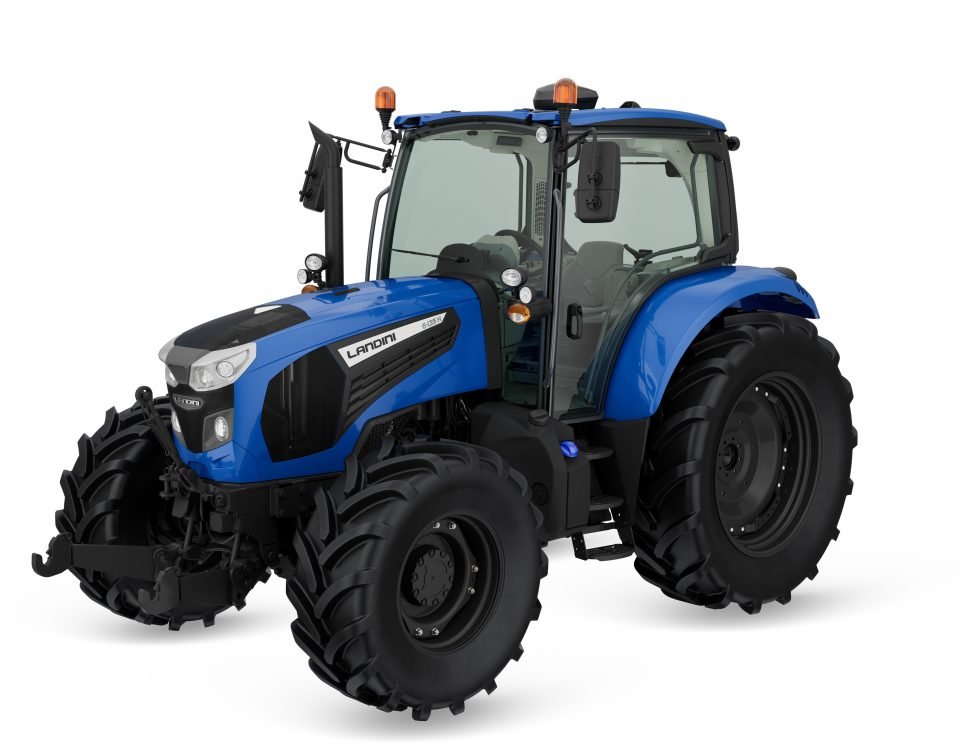